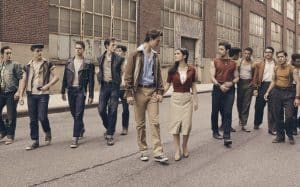 Almost fifty years after the first adaptation for the cinema, Steven Spielberg wanted to take on the burdens and honors of directing the remake of the great classic West Side Story. As you know, the 1961 musical brought to the big screen a modern and New York version of Romeo and Juliet which, since the second half of the 1950s, had enjoyed great success on Broadway. This new version of what has become a great classic of the 20th century aims to be more faithful to the original theatrical version of the plot and should restore the right order of the songs, which in 1961 was instead modified. The background, however, will always be the iconic 50’s New York.