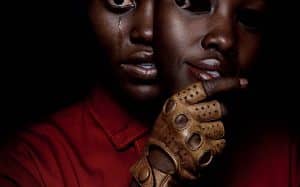 When They See Us

New York, April 19, 1989. A bunch of teenagers thickens along the streets of Harlem and noisily enters Central Park. Some of them annoy cyclists, even beat up and rob joggers. The police rush and arrest at random blacks and Hispanics, on charges of “seditious gathering”. A few hours later, still in Central Park, a woman is found dying, raped, beaten and abandoned in the bushes. The prosecutor Linda Fairstein (Felicity Huffman) instantly decides who the culprits are: “every black guy who was in the park last night is a suspect”. Five minors between the ages of 14 and 16 yield to the pressure of a violent interrogation and confess a crime they did not commit: it will be the beginning of a nightmare.
When They See Us is a true crime style docudrama but has no mysteries to reveal, it has a truth to tell: a racist judicial system has destroyed the lives of five innocent boys.
The case of the “Central Park jogger” at the time had enormous resonance, also because rape was interpreted as the ultimate signal of a security emergency, while the climate of fear and the collective desire for revenge were fed by prominent city figures such as Donald Trump or mayor Ed Koch. The media uncritically accepted the police version and described the children in a dehumanizing way, using animal metaphors, in an example of a bad journalism school. The result was the absurd condemnation of the five minors, exonerated only in 2002 by serial rapist Matias Reyes, already sentenced to life imprisonment, who after years of silence also confessed the aggression of Central Park.
After the 2012 documentary by Ken and Sarah Burns, the four-episode miniseries produced by Netflix returns to the case with Ava DuVernay as creator, screenwriter and director. DuVernay stated that one of his main goals was to humanize the former adults, by now, in an operation similar to that conducted by the press of the time. The question of empathy is in fact central: as has often been pointed out, the reaction of the institutions and the media was different when thirty white boys killed Yusuf Hawkins in Brooklin a few months after the events of Central Park, or when a black woman was raped and thrown from the roof of a building a few days before.