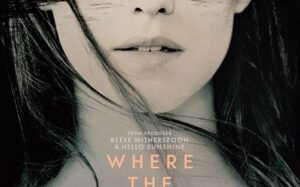 Where the Crawdads Sing

North Carolina, 1950s. Gradually abandoned by her mother and her brothers, little Kya grows up alone with a violent father, who is also destined to disappear, in a house in the swamp. Surrounded by water and nature, the girl builds a world of her own, while the inhabitants of the nearby village mock and ignore her. Years later, Kya is arrested for a murder, and only retired lawyer Tom Milton offers to help her through a trial that will shed light on Kya’s relationship with two suitors, the tender Tate and the aggressive Chase.
Based on a bestseller of the same name, adapted for the screen by Reese Reese Witherspoon as a producer and embellished with an original song by Taylor Swift, Swamp Girl makes no secret of her glossy ambitions for popular entertainment.
Olivia Newton’s film mixes pure southern melodrama, a slight thriller suspense and a touch of legal drama, historical ingredients of the stars and stripes cinema combined with a very contemporary taste for the romantic tale and the cunning casting of Daisy Edgar -Jones as the protagonist.
Edgar-Jones is a face on the launching pad that brings a passionate sequel to the Normal People series as a dowry, and the young English actress’s performance is perhaps the most successful of the authors’ bets. Able to give instant credibility to the sentiment, his Kya recomposes some ambiguities of writing in a character described as an outcast marginalized by the rural society of the place, and which instead the film cannot imagine in any other way than in the most total aesthetic and scenographic perfection. .
The postcard syndrome extends from Kya to the highly calibrated shabby-chic of her “shack”, to the point of infesting the whole representation of the place that surrounds them. For a story that makes Kya’s illustrative-contemplative talent one of her many subplots, nothing in Newton’s work seems to show interest in visual and atmospheric characterization that goes beyond the surface.
Devoid of a sense of true isolation or danger, the swamp thus remains a picturesque playground for sentimental exploration, to which Kya dedicates himself together with the – indeed too similar – two examples of masculinity represented by the dreamy childhood companion. Tate and the newcomer Chase, more pragmatic and arrogant. This is the heart of the book and the film, which in recognizing their commercial importance creates scenes of romantic ecstasy with adequate ingenuity that will nevertheless satisfy the readers of the novel.