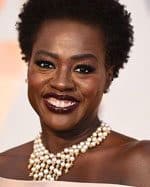 The cinematographic adaptation of the homonymous british television series that aired in the early eighties. The story begins with three armed robbers are killed during a robbery, leaving behind their wives. Widows use the logs of one of their husbands, which have been described in detail the robbery that the three had committed in the past. With the help of a fourth woman women bring to an end a shot that the husbands had failed.