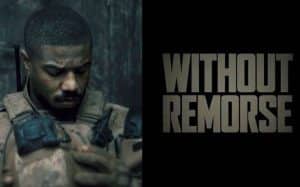 The second Hollywood effort of the Italian director Stefano Sollima, Without Remorse tells the story of John Clark, previously employed in the US Army as Navy Seal, who is facing the death of his wife, which occurred due to a murder. Shocked by the trauma, John decides to walk the path of revenge with no other goal than to find those responsible for his mourning and do to them what has been done to him. In the course of his investigations and his constant search for clues that actually lead him to those responsible for killing his wife, however, Clark realizes that everything that happened to him is actually part of an infinitely larger design in his story. personal.
A revenge movie that turns into something more: so you could summarize the essence of Without Remorse, after all.
Based on a book by Tom Clancy published back in 1993, the new film directed by Sollima plays with that world of ‘strong powers’ which has always been one of Clancy’s favorite themes, very comfortable when it comes to conspiracies. international and government intrigues. The screenplay is written by Taylor Sheridan, former author of the scripts for Hell or High Water, The Secrets of Wind River, Assassin and Soldier (in which he collaborated with Sollima, at the time of his first American experience as a director).
Without Remorse should also be the first stone on which Fox intends to build a new film franchise based entirely on the works of Clancy and is already planned for the big screen adaptation of “Rainbow Six”, which has already become a source of inspiration for a lucky series of video games.
As for the cast, we find Michael B. Jordan (the protagonist of the Creed saga, focusing on the story of the son of Apollo Creed, Rocky’s historic rival) as John Clark and, alongside him, the former protagonist of Billy Elliott, the Englishman Jamie Bell: both are recurring characters in the narrative universe of Clancy and Clark in particular has appeared in 17 of the writer’s novels. The most important female role was won by the British Jodie Turner-Smith and is completed by the group Luke Mitchell, Jacob Scipio and Cam Gigandet, all returning from leading roles in several successful TV series.