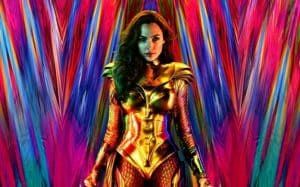 Restart where we left off or almost: after the success of the first Wonder Woman, here is the DC / Warner Bros launches the second chapter of the adventures of the most famous rider of the ‘900, simply titled Wonder Woman 1984.
Turn the thirty-five year hands back, let’s go back to a time when Diana Prince / Wonder Woman continues her life by alternating her civilian identity as an art expert and that of a superheroine and almost seventy years have passed since her entrance in the world of mortals directly from Paradise Island (also called Themyscira), the birthplace of the Amazons where they live in isolation. Two disruptive news are however ready to upset Diana’s life: Maxwell Lord and Barbara Minerva enter her life but, above all, the love of her life, the American airman who died almost seventy years before Steve Trevor, miraculously reappears in life , as if not a day had passed since his heroic sacrifice dated 1918.
New stand-alone movie dedicated to what is the most appreciated and successful character of the not always very successful DC Extended Universe so far, Wonder Woman 1984 is directed by the same director of the first film, Patty Jenkins, confirmed by the studios.
Leaving the obligatory origin story behind, it’s time to see a Wonder Woman fully aware of her role and her abilities, grappling with an era – the 80s – that is back in fashion and that, in real life, she has seen also an authentic editorial revival of the character after a more troubled phase experienced in the 60s and 70s.
The intense Gal Gadot returns for the fourth time in the role of the heroine par excellence of DC Comics and Chris Pine resumes the role of the heroic American soldier Steve Trevor, while they return for the second time in the roles of Queen Hippolyta and Antiope Connie Nielsen and Robin Wright, respectively.
The new entrances to the cast are instead represented by Pedro Pascal, Gabriella Wilde and above all Kristen Wiig, predominantly comic actress who completely changes register and comes into play in the role of Barbara Minerva, a key character in the affairs of the paper Wonder Woman.