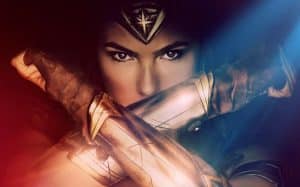 In years like ours, in which heroism is at the center of the larger cinemas built and where the heroes are fewer and fewer men and more women, bearers of a point of view, an attitude and just a “heroism” different, the arrival on the big screen of Wonder Woman seems more appropriate than ever.
The strength of the character is demonstrated by its success almost immediately. Already in his early years (from 1941) was present in four different titles, only one of which bore his name. Created by a fervent feminist like William Moulton Marston, his stories had unpublished tones and showed female attitudes unthinkable at that time. For this reason, his publications have been harshly suppressed, changed and even closed at least until the 80s. A real struggle to make that character something different. Long forced to take on more “normal behavior” and “uplifting”, the comics of Wonder Woman are back to the original feminist tones only with the most modern management, especially with that of Perez, who was able to start again with a new number 1 and a new origin.
This is the same origin story of which is drinking the film directed by Patty Jenkins (Monster of the director) but produced with the strong hand of Zack Snyder, the same who directed The Man of Steel and Batman v Superman.
A heroine who does not resemble the heroes
The main feature of Wonder Woman, originally, is not to look like any other superhero. Despite incorporates features similar to many others (strong and fast like Superman, able to quickly heal from any wound but also immune to mind control and able to “feel” magical traps), the way he acts, the reasons that push and the interaction he has with the world is completely different. This is her feminism, in not act like a man and instead propose a different attitude, a successful and independent.
The announcement of a film entirely dedicated to her and that would Gal Gadot to interpret it immediately gave way to speculation on the physical actress, not suitable in theory (in practice however perfect). Precisely this kind of debate and controversy is part of that force that the woman’s body still has in social discourse and therefore part of the charm, the success and importance of Wonder Woman in popular culture.
Therefore, regardless of the outcome of the film, it is an important sign that adaptation to deal with (even if only as an executive producer) is precisely Zack Snyder, director throughout his filmography has demonstrated a passion and an eye not common to the concept of force. There is always a force, moral or physical, at the base of Snyder characters, the hardness and the pressure of objects or bodies against each other is the way in which the characters interact in his films. A gunshot or a slap in his films do not know how to be other than a statement of hateful superiority, humiliating or glorious and necessary depending on who the door. Wonder Woman was created to be stronger than men but also smart and beautiful, to be everything from an uncommon strength.
A woman at the center of an action movie
In recent years, at least from Hunger Games onwards (but small traces are also found in slightly earlier films), Hollywood has discovered that it is possible to turn the huge grossing film that does not start from men’s assumptions, but rather to exploit the novelty of a story arc following times and feminine reasoning. Movie where the romance is not necessarily a requirement to be satisfied for a female audience but also win part of the definition of the character, in which the resolution is not only aimed at the violent and physical supremacy but takes into account different routes and tactics .
Put a woman at the center of an action movie also means giving another sense the presence of the body in general. The action film in fact his is based on exposure and movement of the body, be it dry, furniture or big and heavy, the female if it is treated as such and not as a lighter version of the male, is also in able to give a different form at each interaction, because it is a way of negotiating ground, a place of conflict and greed on the part of others.
No wonder then that in the film there is also another extraordinary strength body like that of Robin Wright (originally the part he had to go to the more malleable and fragile Nicole Kidman), Queen Hippolyta for this film but already amazing power figure in House Of Cards . In the TV series the grace and power of a physical in perfect shape and elegant, sheathed in perfect dresses but able to bring ruthless decisions, used gracefully but not less “used” in refined strategies, he refounded the political imaginary and, bigger, that related to female supremacy. So also no different Wonder Woman exposes and conceals his own body (and thus the comics were fought), uses it and keeps it in check, it does not invade the story with his physical bullying as does Superman, able to solve everything with the strength and little by cunning, but the dosa because it is not a weapon against itself.