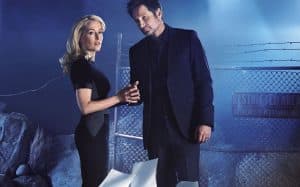 The X-Files cult series back on TV with six new episodes. The protagonists will once again David Duchovny and Gillian Anderson always in the guise of Fox Mulder and Dana Scully.
The new episodes will not be the first time that the franchise will be seeking his millions of fans: in 2008 the cinema was released X-Files: I Want to Believe directed by Chris Carter (also creator and producer of the series) who had conquered 68 million at the box office .
Presidents of Fox Dana Walden and Gary Newman said: “We had the privilege of working with Chris in all nine seasons of the series – one of the most rewarding experiences of our career – and we could not be happier to explore with him again that incredible world. […] We are excited to offer a new chapter of Mulder and Scully. ”