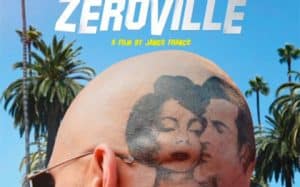 1969, Ike ‘Vikar’ Jerome is a twenty-four-year-old architecture student deeply passionate about cinema and with some relational difficulties. He decides to leave for Hollywood to pursue the dream of breaking into the cinema. He manages to become a successful editing director, but the industry is undergoing a major change, with the decline of the studios and the birth of independent filmmakers. Through the meeting with starlets, musicians and directors, his journey to Hollywood turns into a discovery between wonder and tragedy.